12 Days of Giving – The Power of Love Michael Ferracci was placed on Dialysis in 2004 after being sick for many years. Like some men, he admits to not taking the best care of himself but started to get worried after much weight loss and not feeling well. It got to the point where he could not complete his bread route because of swelling in his legs. He decided to get checked out and discovered after testing, that he was in renal failure. Michael started hemodialysis, which is where he and Kristy first met. Kristy was working as a patient care tech at the unit where Michael was receiving treatments.

In 2006, Michael proposed to Kristy and she decided she’d really like to keep him around a while longer. She was tested at the beginning of 2007 to see if she could donate a kidney to Michael. They were elated to find out that she was a match! Surgery was scheduled for March 8, 2007, which also happened to be World Kidney Day! They took this as a good sign. On March 8, 2018, they celebrated 11 years since the transplant, and are both doing very well. Kristy told Michael after the surgery that his life was going to change. That this was his chance to do something different, he had been given the gift of life, so she urged him to make some changes. And boy did he! Michael completed his degree in Social Work in 2011 and would like to go into Dialysis Social Work one day.

Kristy still spends her days taking care of patients with kidney disease and can first hand relate to what they face each and every day. They are both very passionate about raising awareness and funds for kidney disease and have been avid supporters of the National Kidney Foundation.

It takes a community – and you are a critical partner in our mission to change the landscape of kidney disease diagnosis, treatment and research. To accelerate the pace of our work locally in the year ahead, we need your support.

Please make your generous year-end gift and help us to raise $200,000 for kidney patients before December 31st. 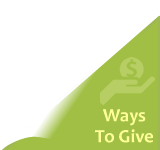